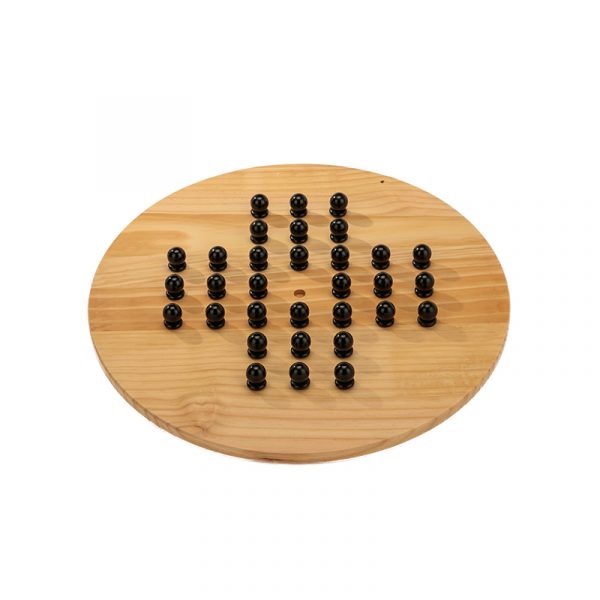 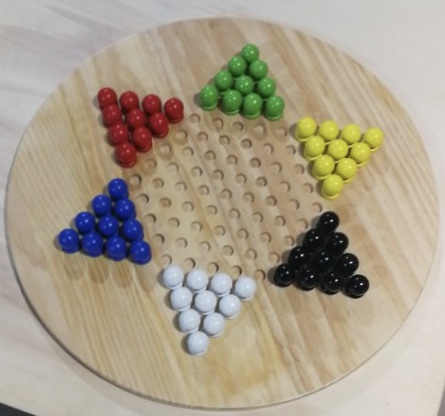 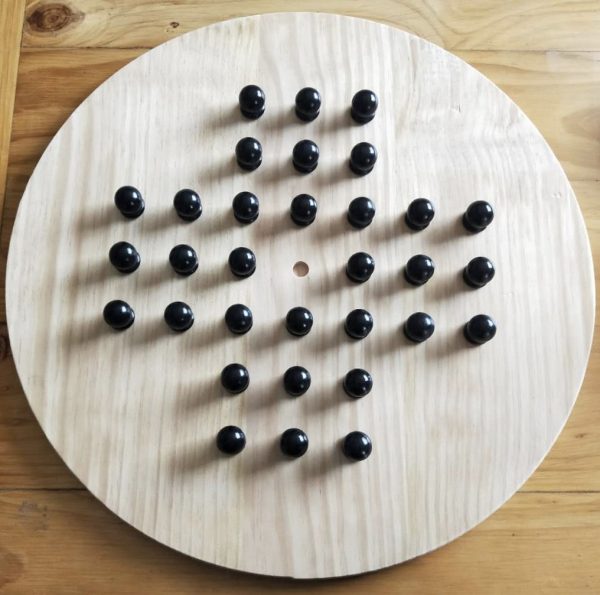 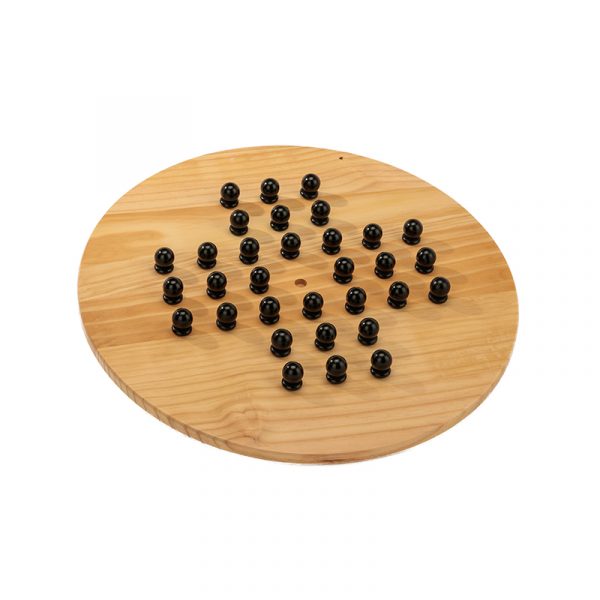 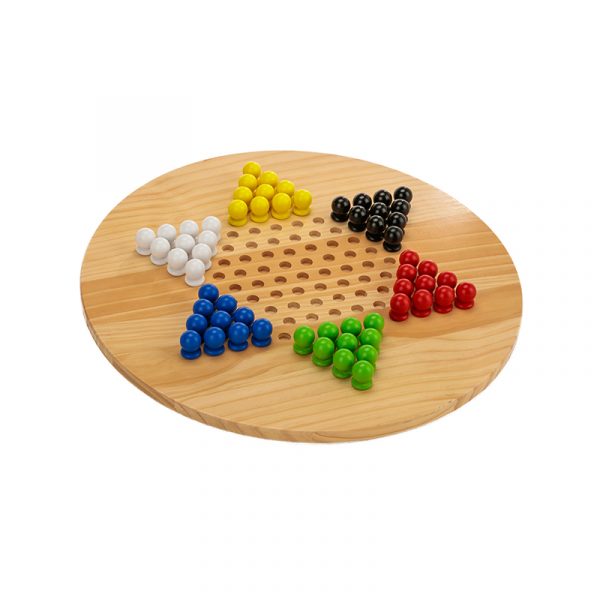 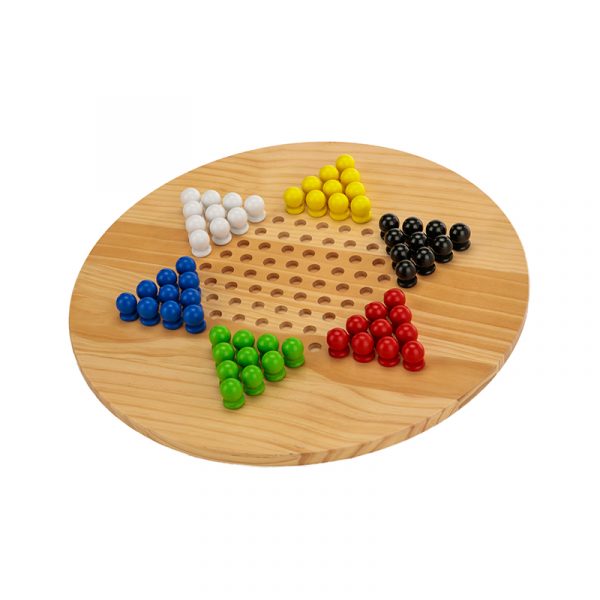 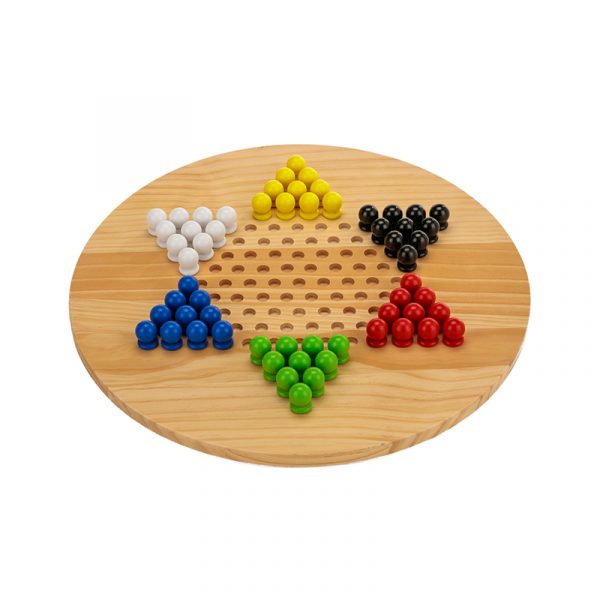 White Board – Black Board
Login Now

Two Brilliant games in one. You can enjoy them whilst challenging yourself. The beauty of the board is you are able to play single player or up to 6 players. Buckets of fun from only one board.

Two Brilliant games in one. You can enjoy them whilst challenging yourself. The beauty of Giant Solitaire & Chinese Checkers board is you are able to play single player or up to 6 players. Buckets of fun from only one board.

Giant Solitaire is a single player game. It is a great game to work your mind. Every step needs to be thought out.  No Doubt this game will have you addicted.

The board is a diameter 60cm of pine wood.

Aim of the game is to horizontally jump a peg. When you do the peg you jumped becomes removed off the board, similar to checkers.

You must jump every peg until only one peg remains. You can only win by having one peg left at the end of your game.

The boards Diameter is 60 cm of Pine wood.

It comes with 60 Pawns that are separated by 6 different colours .

The aim is to race all one’s pieces into the star corner on the opposite side of the board before opponents do the same. The destination corner is called home. Each player has 10 pieces, except in games between two players when 15 are sometimes used.

A toss of a coin decides who starts.  Players take turns to move a single pawn of their own colour.  In one turn a pawn may either be simply moved into an adjacent hole OR it may make one or more hops over other pegs.

Where a hopping move is made, each hop must be over an adjacent peg and into a the vacant hole directly beyond it.  Each hop may be over any coloured pawn including the player’s own and can proceed in any one of the six directions.  After each hop, the player may either finish or, if possible and desired, continue by hopping over another pawn.  Occasionally, a player will be able to move a pawn all the way from the starting triangle across the board and into the opposite triangle in one turn!

Pawns are never removed from the board.  However, once a pawn has reached the opposite triangle, it may not be moved out of the triangle – only within the triangle.

The question soon arises as to whether it is possible to move a pawn into a triangle that is the starting or target triangle for another player.