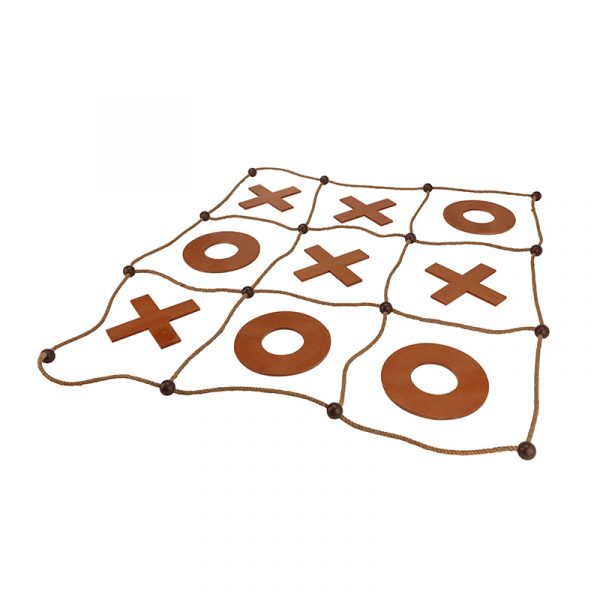 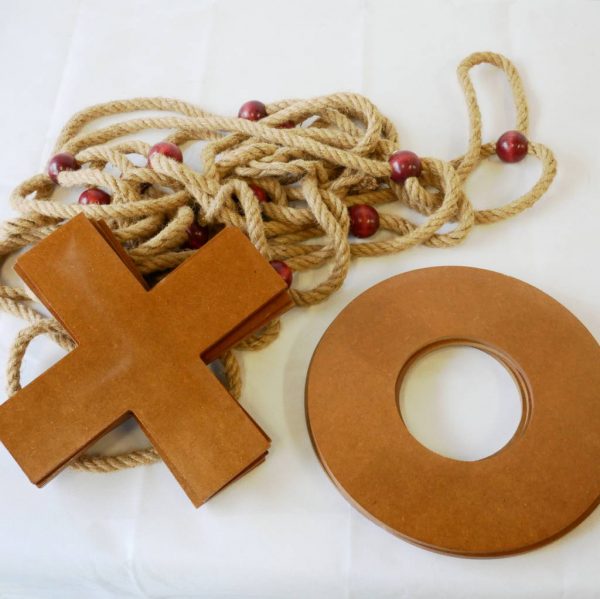 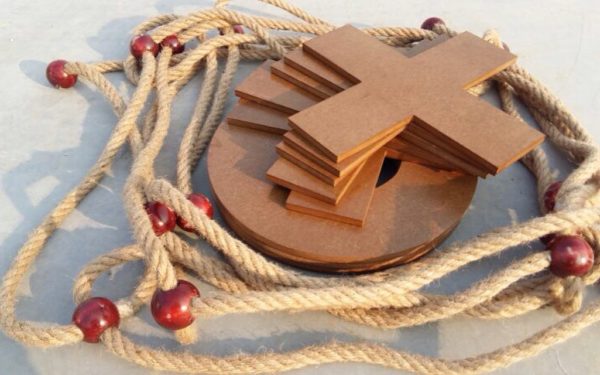 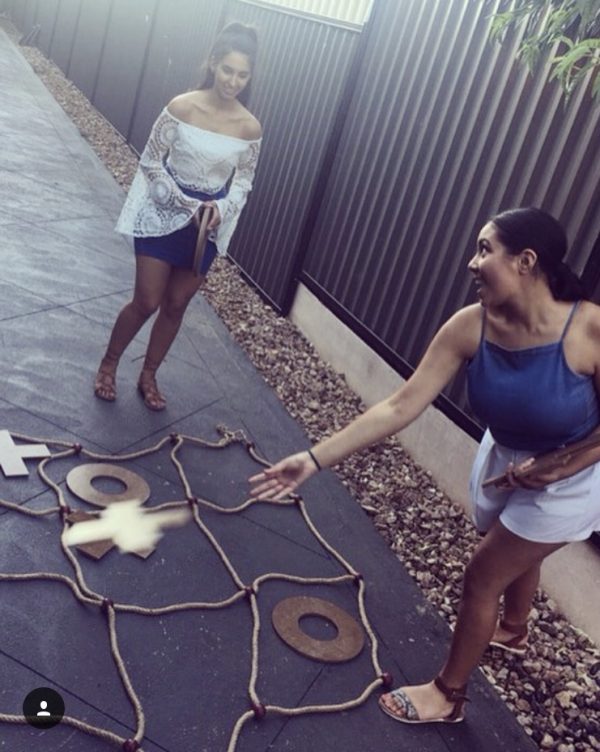 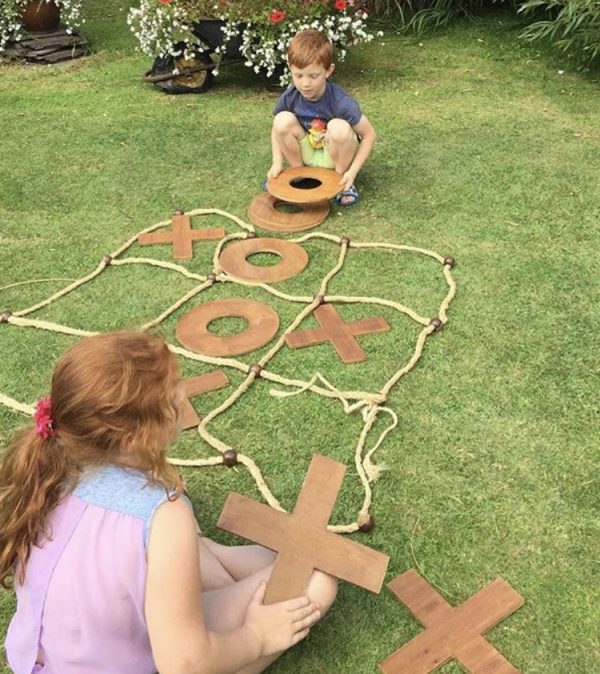 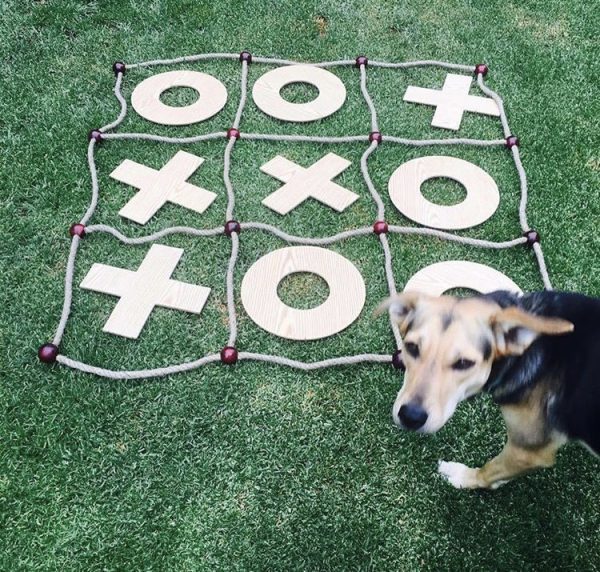 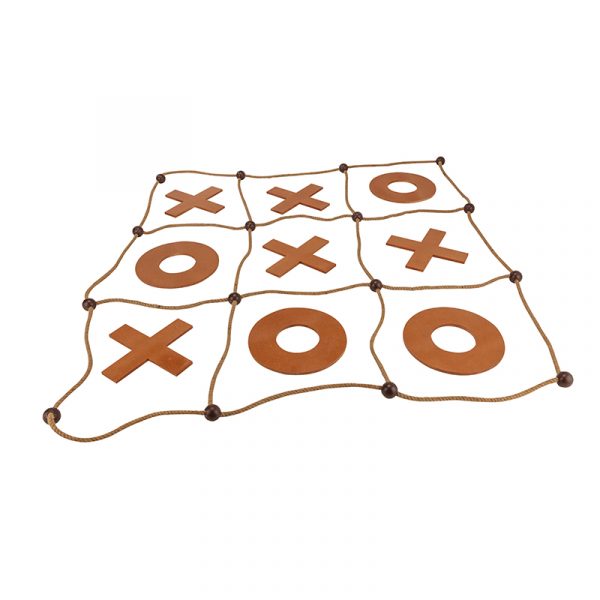 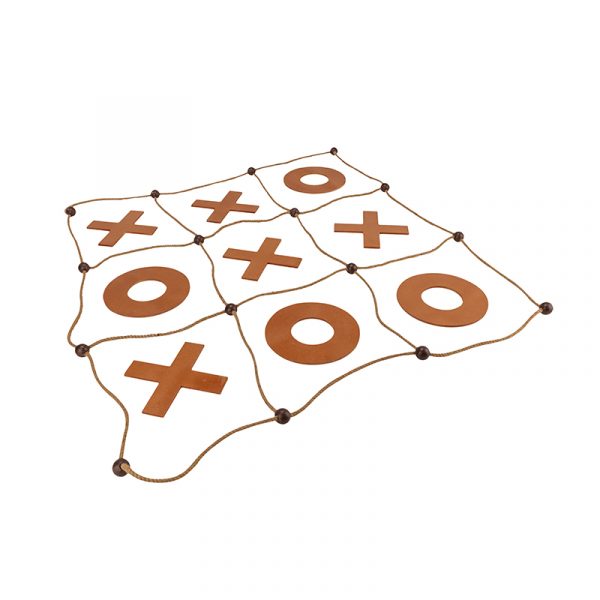 Four In a Row Green

Noughts & Crosses Giant also known as Tic Tac Toe or X’s and O’s was originally a game only played on paper. Now this traditional game is resized to Giant proportions and can now be played on any surface indoors or outside. The game takes on a whole new dimension when it is played in Giant size with real wooden game pieces. The rope board easily spreads out on the ground and measures about 1.5m square. Each player gets 5 X’s and 4 O’s. The X player usually goes first and in order to win the game all you need to do is place 3 of your game pieces in a row either horizontal, vertical, or diagonal.

Fantastic game to get your kids thinking strategy, schools, weddings, birthday parties, sporting activities or even just some family fun!

An early variant of Tic-tac-toe was played in the Roman Empire, around the first century BC & still to this day you can find game’s grid markings chalked all over Rome. Renaming of Naughts and crosses as Tic-tac-toe occurred in the 20th century.